You can't beat a Good Eye for a Great Horse

It's a skill that unfortunately we can't all have and it takes years to develop the skills that allow the race watcher to spot a horse that will be winning soon.

One man that has proven his ability with regards to spotting future winners is John Burke famous for his Victor Value big race selections. 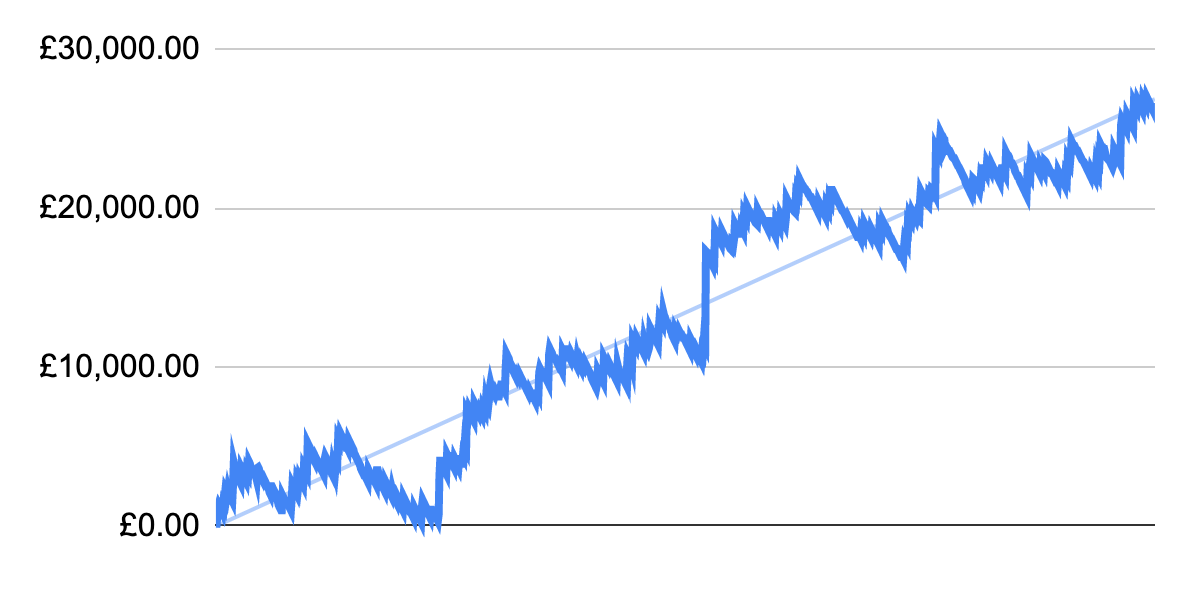 Here's What You Get

Analysis and selections for all the big races.

You will know exactly why every selection has been made with John's detailed analysis.

Here's an example of the Victor Value Weekend Betting Previews

9.5 Points Profit on the day

The big race action gets underway at Sandown on Friday and three Group races are the highlight of a seven-race card at the track.

It’s the first Derby Trial with the latest running of the Group 3 bet365 Classic Trial (3.35). Goldspur, trained by Charlie Appleby, is the bookies early bird favourite but he does face five interesting rivals who hold all Group 1 entries.

In the Group 2 bet365 Mile (3.00) three-time Group 1 winning filly Alcohol Free will be a warm order to make a winning seasonal reappearance.

The third Group race on the card is the Group 3 bet365 Gordon Richards Stakes (2:25). John & Thady Gosden saddled last year’s winner and they have the likely favourite in the hat trick seeking Mostahdaf.

Up at Perth its final day of its three-day April Festival with the highlight of a seven-race card being the 3m 6 ½ f William Hill Highland National Handicap Chase (2:40).  You can watch the best of racing from both cards on ITV4 this afternoon.

The small field Gordon Richards Stakes and Bet365 Mile hold no interest for me as betting races. The bet365 Classic Trial is more appealing. Goldspur brings the best juvenile form to the table that’s for sure and the Charlie Appleby stable could hardly be in better form.

John Gosden saddles a pair of improvers in Cracksman’s full brother Frantastic and the once raced Franz Strauss.

Westover had three starts as 2-year-old winning here over a mile on his racecourse and then finishing runner-up on his next two starts. He’s bred to do better as a 3-year-old and for the step up to 1m 2f. At a best priced 10/1 he makes some appeal as biggest danger to the favourite.

The bet365 Esher Cup Handicap (1:50) has attracted a field of ten 3-year-olds. The forecast pace looks decent but I think you still need to be prominently ridden over mile around here. Charlie Appleby has the likely favourite in Blue Trail who is on a fair enough mark if transferring his all-weather form to turf.

Wanees has a likeable profile and won his final two juvenile starts. He’s open to further improvement for the step up to the mile but the application of the first-time hood is a slight concern. City Runner looks more exposed but he does have a decent draw in stall one and looks likely to be prominently ridden.  If he is, then he would have decent each way claims for a yard that won this is 2015.

The marathon William Hill Highland National Handicap Chase (2:40) is far and away the best race from a punting perspective.

Amateur won the 3m 4f West Wales National Handicap Chase at Ffos Las for the second year running 15-days ago. Today’s longer trip should be in range stamina wise and although he’s 6lb higher than last time he handled the good ground effectively at Ffos Las and is high on the shortlist. Ladronne is another high up on my list of contenders. The 8-year-old responded well pressure to win at Newcastle last month. That was his second success over fences this season and he was suited to the return to good to soft ground last time. Stamina beyond 3m 1f must be taken on trust but the first time cheekpieces are applied and he races like a stayer. School Lane has been in good form this season winning two points and two handicap chases at Down Royal & Fairyhouse. Both those successes came over much shorter but his joint top RPR came when he finished a 3 ½ length 2nd of 9 in the 2019 Ulster National Irish at Downpatrick (3m 4 ½ f) on one of his rare starts beyond 3m 1f.